It translates the dialogue of Old God creatures. Comment by shadowsonic32 Unlike the guide states regarding G'Hanir's hidden appearance, apples tossed by Applebough in dalaran will be thrown no matter what appearance you've got. Comment by Donkzore i play a guardian druid. Comment by W0Wfanatic Talonclaw 's hidden effect is that you become an eagle spirit when dead, and gain the ability to fly.


Tested multiple times just now, not once did it occur while in marks or BM, but happened every time in survival spec. Comment by Gissella I think the hidden effect for Havoc would be transparent warglaives I've seen mine do that more than once now. There is always somehow troubled elemental, you talk to him, defeat the adds and you gain 50 Aritfact Power for that. I got the achievement for this as soon as I tapped the enter key. Comment by Balefirez Possible BM hidden appearance ability: I took critical damage and was encased in a timelocked globe of invulnerability that healed me to about half my health.

Didn't catch what the name was, but haven't had this happen before.

The Firefighters of Station Five

I'm going to try and see if I can repeat the same results and will update if I can. Comment by jtbdiablo Anyone else got the problem that your Artifacts always transfer back to the standard appearance after a relog? I got the hidden appearance for my prot and holy pally and everytime I relog, I'm back to the first model from the first row. And yes, I really have these appearances, I'm not exploiting them with the bug ;-. Comment by Rinnzler Does anyone know a way to keep track of the progress to unlock the other 3 color tints of the hidden artefact appearance?

Maybe an addon or a macro? Comment by Lacrimamorti For the Affliction hidden skin, once you loot the Grimoire of the First Acolyte and are collecting skulls, it will take you a little while. I have put together a spreadsheet showing the mobs currently known to drop them or not drop them based on what I have killed and reports from others.

This is publicly editable so if you have something to add, please feel free to contribute to it. Comment by Rhodbert I have made some experiences taking Felo'melon on a walk. Several elvish character will react to it. At the court of Farondis, Nar'thalas Nightwatcher said: "My liege! Presumably more will do so, too, and these are not the only hidden trait effects of the Sunstrider blade.

Comment by gair Prot warrior here. My hidden artifact skin was actually in heroic neltharion's lair dungeon against a rock just to the right of the last boss. Got it last night while doing the wq for this dungeon. Comment by protehb Yesterday i got hidden appearence for my VDH. Today we go to try myth Nythendra and we wipe a lot. I got "honnor kills" in 2. So there is no need go BG and farm.

Just go raid :D. Comment by meganerd18 Hidden effect for Apocalypse is sometimes corpses will be surrounded by green plague and flies. Comment by jaredbhigh76 Doomhammer hidden effect: I found that during pvp combat while using stormstrike, bodies that are close by are struck by a lightning bolt from the sky on every stormstrike use.

Comment by jerrault For the discipline priest quest, I would suggest for the Meridelle Lightspark volume you replace the text to say "To the left of her there are three shelves attached to the wall. On the right side of the bottom shelf is the volume. Comment by LyssaWoW Arms has been found I guess not one Arms Warrior looked there! I guess we will see tomorrow. Comment by crixybb Dear Blizzard, Not only did you nerf the Arcane mage, but you give us a damn pony stick for our hidden appearance? What did Arcane ever do to you? Look at the Fire mage appearance and then back to Arcane a few times.

What on Earth is your problem? Comment by spartans11 This is for the vengeance demon hunter spec relic weapon, i have seen every so often some red orbs that fly in randomly from a direction, and nothing is there to use a spell like that. Comment by Devower12 i saw a guy on Silvermoon EU with the hidden frost dk appearance! Comment by nuzzilla Applebough tosses you an apple for having the G'Hanir equipped. You don't need the special hidden skin to get the apple food. Comment by onynx The DK Frost hidden appearance can be unlocked by completing the " world quest with a hidden artifact appearance".

I used the blood hidden artifact appearance for all my world questing and the purple mog is what unlocked for me in frost. Comment by HappyTheCow The warrior arms hidden appearance is in the game now, go see the smith in the class hall beside the forge to get the quest.

The Arms Warrior hidden artifact appearance has been hotfixed in for US servers. 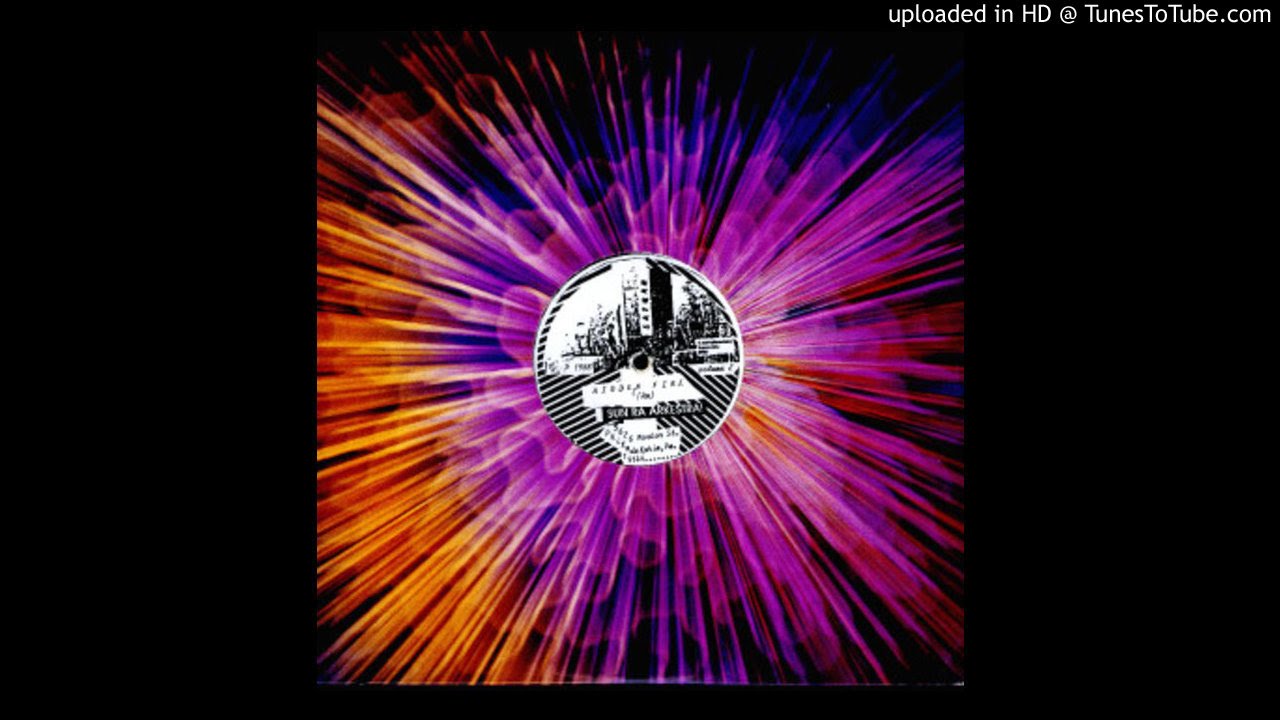 I am Artifact Knowledge 11 and arms is weapon Feels like this whole warrior thing is busted Been trying to get Prot skin everyday And now Arms skin is beeing stupid too Comment by Garodin94 Warrior hidden for Arms is finally out. No requirement.

You need to have the weapon, and Helgar will give you the quest. You can update the "The exact nature of triggering this quest is unknown. Comment by AscenTV Guys there is still hope for frost dks, got 2 person today having the skinn with the pvp kill variation. Comment by Cynthya Many of you have also been asking about the hidden appearance for Frost Death Knights.

Once that boss is available, we expect the appearance to be found pretty quickly. Comment by xface2face Ever since I got my Twinblades of the Deceiver hidden appearance, I've been using a WeakAuras template to track my progress towards the different colors.

Just yesterday I got the red tint PvP kills.

When I equipped it, I did some world quests and my tracker didn't count any. Could this be a flaw in my tracker, or does it really not track with a different color of the hidden appearance equipped? Comment by fizlebang Should an Alliance Enhancement Shaman enter Stormwind city with Doomhammer the guard will comment in it saying either: "An Alliance champion wields the Doomhammer now?

The end times must surely be upon us Comment by HarkenRebirth You know.. SOmething that im still curious about But do you get these hidden apearences if you just change loot spec or do you actualy need to be in the spec for these drops to apear? Comment by Emcredible Okay so hidden artifacts, if you unlock a tint for the weapon it unlocks the tint on all hidden skins regardless if you have unlocked the OG hidden skin, you just have to use the tint you have unlocked, how awesome is this hoping it's not a bug.

Comment by Mazik90 I have discovered the hidden trait of the Scale of the Earth-Warder, or at least part of it.

Every time I got dazed this expansion my wife kept telling me that she has yet to experience that. After some time I realized that it might not be because she wasn't paying attention, but that her artifact might be protecting her from it. So I went on my warrior, and tested. I let a bunch of mobs hit me in the back untill I almost died while in protection spec. No daze. Went in to arms, on the same mobs. Got dazed instantly. Comment by Stellavore For enh shaman its possible the hidden power is access to events in the broken isles, there will be elementals called restless earth or raging winds, talking to them will start a mini-event that rewards artifact power upon completion.

Comment by briare Thanks for the amazing guide! Just a heads up though, for the resto druid artifact, Applebough was sharing his laden apples with me as soon as I got the basic artifact, looooooooong before I managed to get the hidden appearance. Comment by Karldin For Arcane Mage artifact, do you have to sheep those particular mobs every day or just once? Doesn't specify anywhere.

Comment by larwon I saw frost death knight with hidden skin. Probably drops fron Shar'thos, which is current world boss on EU. Comment by ninjalink99 i have learned that if you are a affliction lock, and use the soul inhaler on a soulless corpse, you get a soul out of it. Comment by JakkFrost Excellent guide, thank you! I'm a Mistweaver Monk main, have been since Monks were released, and so I cruised into Legion after the new changes, wondering what the hidden effect might be. I know, disappointing, but taking into account the similarities it has to other noted effects charred Felo'melorn corpses, Ulthalesh Spirits, etc I truly think the mist clouds in-world visuals are the hidden effect.

EDIT: Why the hell was this downvoted into negative without a reply? If you disagree, explain it, this is entirely valid and justified information. Don't be a moron. It does NOT last through spec changes anymore. Wowhead has not updated it yet, but hopefully this comment helps someone out if they're confused by the inaccurate information.